A few months ago, an author named Ryan Rigney contacted me and asked if i would provide an interview about Sissy’s Magical Ponycorn Adventure, the iPad game i created with my 5-year-old daughter Cassandra. Ryan’s been collecting interviews from top iOS developers to create Buttonless: Incredible iPhone and iPad Games and the Stories Behind Them, which gives a behind-the-scenes look at the development of your favourite touch-based games: 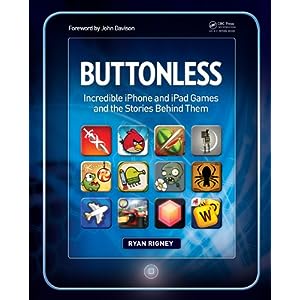 The book includes interviews from the developers of these fine titles:

It really is a remarkable collection of stories, and a very current must-read book for you if you’re currently embroiled in, or are considering, iOS development.

Ponycorns started life as an online Flash game, but now enjoys success on mobile platforms. For a lesson on how to port your Flash games to iOS, check out Flash to iOS: A Step-by-Step Tutorial right here at Untold Entertainment.

1 thought on “Buy This Book! Buttonless: Incredible iPhone and iPad Games and the Stories Behind Them”